In 1959, at just 19 years old, Skenteris and two partners opened The Palmetto, as it was lovingly called on Laurens Road. The restaurant served chilidogs, hamburgers, fries, and milkshakes, and it quickly became a hangout for local teens in the area. In those early days, Skenteris left the restaurant only once, to marry his wife, Mena, in 1964.

Over the years, The Palmetto grew and changed. The original building which focused more on the drive-in aspect gave way to one with more indoor seating, and the menu grew to include meat and threes and other traditional southern items.

View our menu below 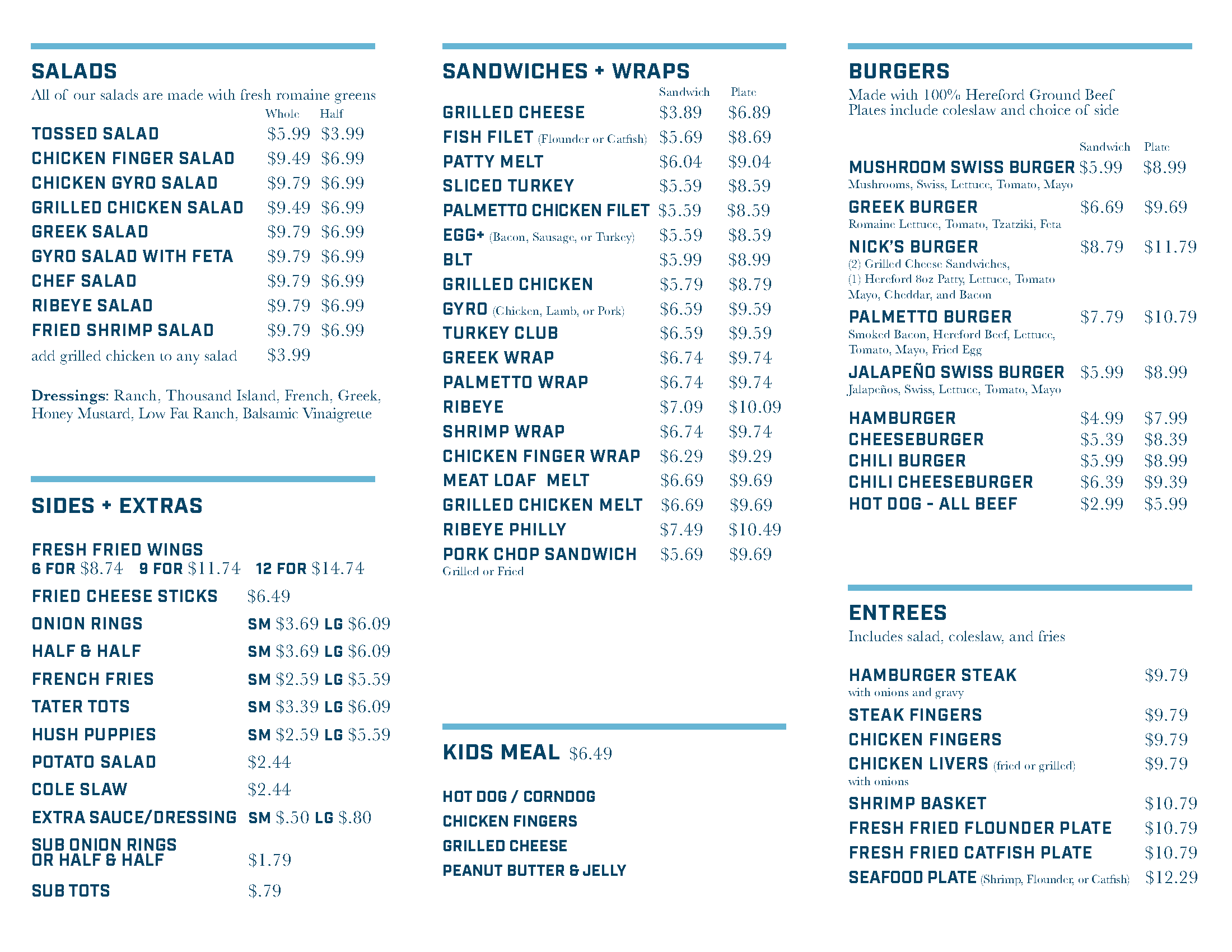 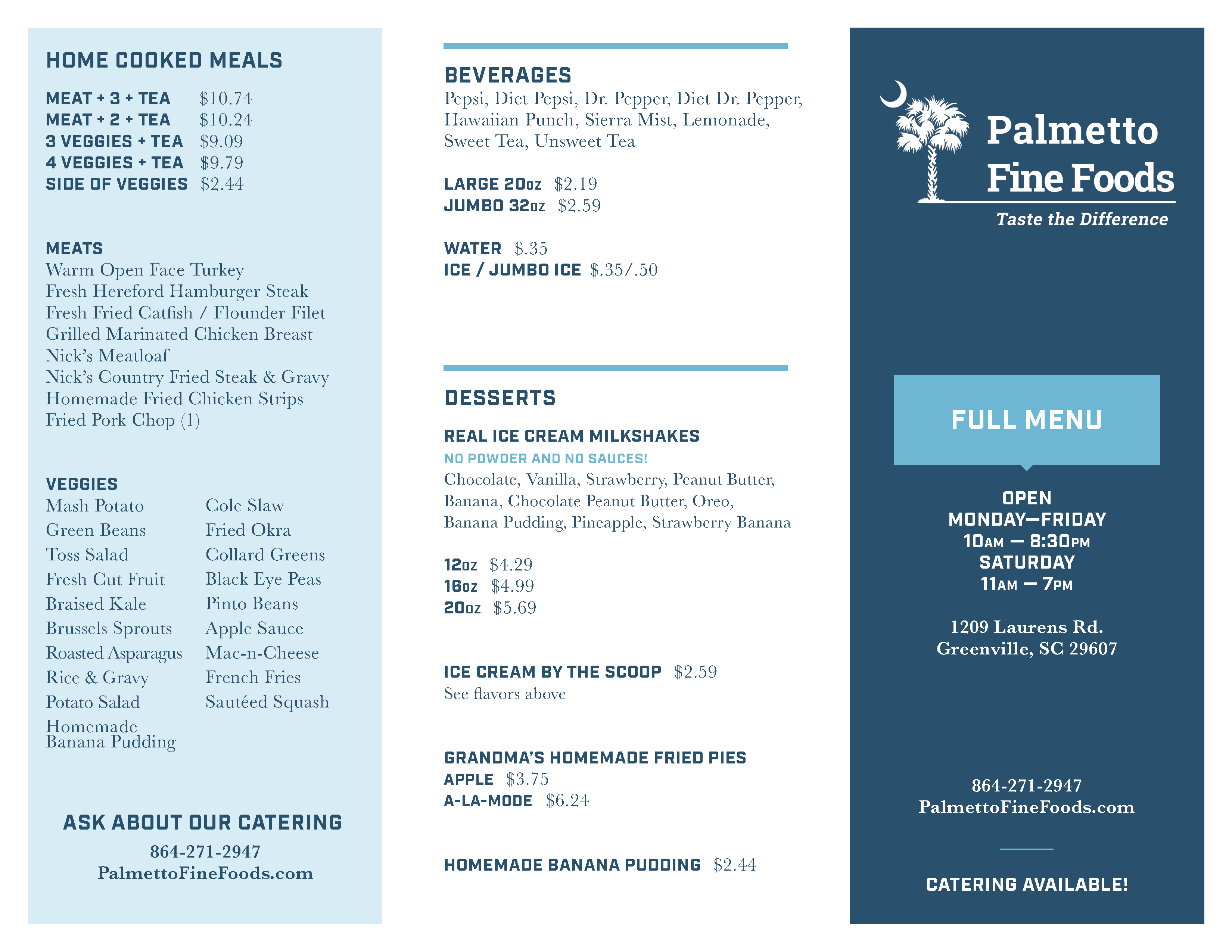 What Our Customers Saying

Tiffani Johnson
Love this place... you must get the Chili Dog! Old school niceness happens here! Thanks y'all!